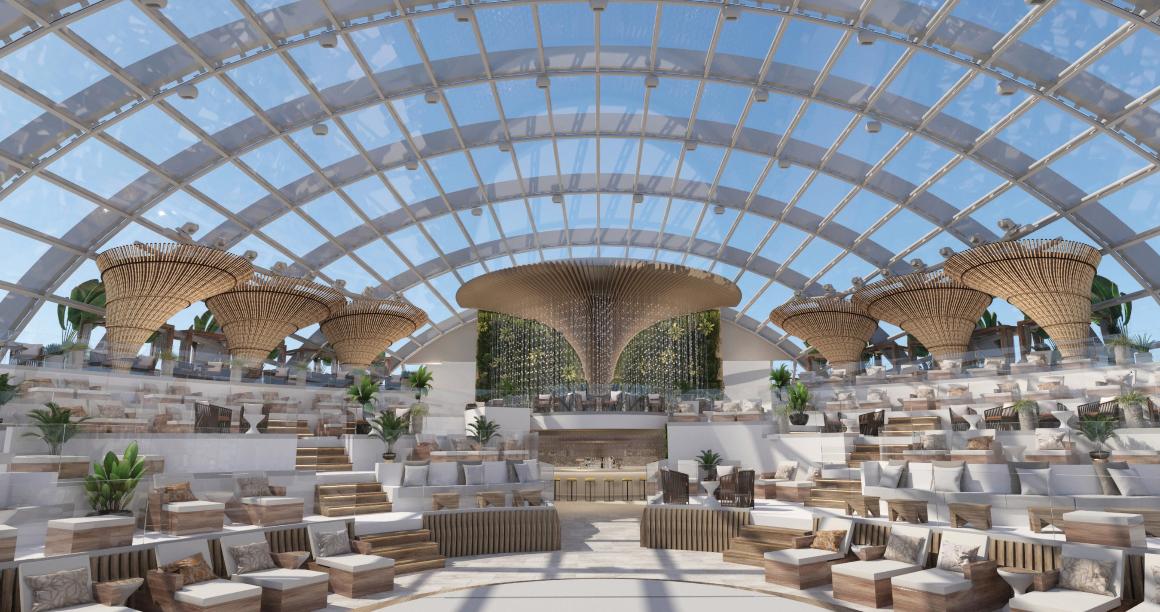 The full European season aboard the new Sun Princess includes 10-day itineraries visiting popular stops throughout the Western and Eastern Mediterranean and the cruise line's popular series of seven-day voyages departing from either Barcelona, Rome (Civitavecchia) or Athens, which can be combined for the ultimate 14-day or 21-day exploration of these sought-after vacation destinations.

"When you dream of the Mediterranean, you immediately think of sunshine, endless blue water views, colorful and distinctive architecture, incredible cuisine, engaging locals and romantic settings," said John Padgett, Princess Cruises president. "It's a perfect match having our new Sun Princess debut in this scenic region because so much of our design inspiration for this next-generation ship comes directly from these iconic destinations."

As seen on "The Real Love Boat," the new CBS reality dating adventure show set aboard a luxury Princess cruise ship, the inaugural season of Sun Princess cruises will visit the destinations featured in the show including Gibraltar, Marseille and Santorini.

Highlights of the March through September 2024 inaugural cruise season of Sun Princess, include:

Princess guests wishing to expand their time on land can also choose from three unique cruise-tours:

Currently under construction at the Fincantieri shipyard in Italy, the largest Princess ship ever constructed embraces Italian heritage by featuring a newly-designed, brand-iconic Piazza and The Dome, a cutting-edge entertainment space inspired by the terraces of Santorini. While introducing a completely new class of ships for the cruise line, Sun Princess also remains true to the smooth clean lines and design aesthetics of the cruise line's famous Seawitch icon and popularized in the original "Love Boat" TV series.

Part of Carnival Corporation's green cruising focus, Sun Princess will be the first Princess ship and one of 11 new vessels in the corporate fleet powered by Liquified Natural Gas (LNG), the world's cleanest fossil fuel.

Past Princess guests are eligible for a special promotion when they book Sun Princess voyages early. The special promotion consists of a Captain's Circle Launch Discount, which may be combined with launch and group promotions. These discounts do not apply to third or fourth berth guests and the discount expires on January 31, 2023.

More information about Princess Cruises is available through a professional travel advisor, by calling 1-800-PRINCESS (1-800-774-6237), or by visiting the company's website at www.princess.com.